Five proven strategies to protect your business from inflation

When the Australian Labor Party swept to power at the recent Federal Election, you could not wipe the smile off Jim Chalmers’ face. Having spent every day of his nine-year parliamentary career in opposition, the 44-year-old Member for Rankin was not only set to finally experience life on the other side of the House of Representatives but do so in the highly coveted role of Treasurer.

Like the rest of his Labor colleagues, Chalmers was beaming from ear to ear – but it only took a fortnight for that smile to turn into a frown.

“It’s now really clear that the inflation challenge that Australians are facing is worse,” the Federal Treasurer told News Corp in a sobering interview. “It is highly likely that I will have to change the inflation forecasts in the statement that I give to the parliament when it returns.

“People should anticipate that it will be higher than it is now – significantly higher.”

The concern for Australian businesses is inflation was already a headline story. Only two months earlier, it had been revealed the official inflation rate for the March 2022 quarter was 5.1%, the highest in a decade and the biggest jump in more than two decades. It is a similar story around the globe, with inflation in Europe hitting a record high, “consistently surging inflation” causing headaches for U.S. President Joe Biden and the dreaded I-word “returning to haunt Brazilians”.

At its core, inflation measures how much the cost of living has risen, with the recent 5.1% figure indicating that Australians are paying more than 5% extra for everyday items such as groceries and essential items compared to the same time last year. One only needs to look at surging petrol prices to appreciate the squeeze is on and Chalmers’ grim-faced warning would indicate such cost pressures are not only here to stay but could climb higher in coming months.

Balancing the economy is a delicate business for governments, with the growing crisis being driven by a combination of events. While there is no single cause for inflation, prices generally increase at a faster rate when the economy strengthens. For example, as unemployment falls - Australia’s jobless rate of 3.9% is the lowest it has been in the history of monthly surveys - businesses are forced to pay higher wages, which typically leads to increased consumer demand for goods and services.

Globally, food and energy prices are also on the rise due to supply chain issues, while there has been a surge in consumer demand as many people emerged from two years of COVID lockdowns with unexpected savings and a desire to spend it. In more recent times, the Russian invasion of Ukraine has also caused already high oil prices to soar even more as many Western countries imposed crippling sanctions on the rogue nation.

Amid such pressures, it is clear many businesses will increasingly need to devote more time and energy to managing in a turbulent economic environment. Along with cutting costs, they will turn their focus to finding new sources of growth and positioning themselves to achieve greater resilience as tough times approach. Given historically low unemployment rates, reducing their dependence on volatile labour markets should be another priority and that often starts by improving employee retention.

To help businesses prepare for what lies ahead, here are five inflation protection strategies that will go a long way to easing the pain.

Know what you spend

That may seem an obvious tip but good times often lead to bad habits when it comes to keeping an eye on expenditure. In times of inflation, it is essential that managers are fully abreast of where money is being spent and who within their organisation is spending it. Often referred to as high-resolution spending visibility, processes and systems should be put in place to ensure the right people across all aspects of spending including cost category, business function and departmental authority. Doing so will enable accountability across the business and reinforce the message that all spending decisions are made with one eye firmly on the impact on budgets.

News agency Bloomberg said it best recently when it declared: “The global supply chain is a mess.” After two years of pandemic-related disruptions, businesses across the globe are feeling the strain as product shortages reach near historic levels and shipping rates rise to multi-year highs. Now, with rising inflation adding to the difficult landscape, businesses should be taking steps to invest in supply chain sustainability and resilience. Other inflation strategy options include diversifying vendors, identifying domestic alternatives and stockpiling items that are highly sensitive to price rises. It may even be worth splitting orders among multiple sellers rather than chasing the lowest prices for a period to ensure customers are still able to receive what they want when they want it. It can be a delicate balancing act but it is one that can substantially ease inflation pressures.

Inflationary times are not a time to panic, especially when to comes to cost-cutting. While some executives will rush to reduce spending across the board, the companies that often emerge stronger from periods of economic instability are those that take a measured approach to procurement cost savings and focus on areas that do not impact profitability. This includes addressing operational inefficiencies and cutting initiatives that are not core functions, while simple tactics such as renegotiating outdated contracts, eliminating free shipping and removing or reducing discounts can lead to significant savings. This is much wiser than scaling back in areas that generate positive cash flow or taking the short-sighted option of cutting talented people given how difficult they can be to find and how expensive they can be to train.

Many companies have long appreciated the benefits of outsourcing, with quality providers able to develop and deploy strategies that increase operational efficiencies, improve customer experience and deliver scalable workforces. Then there are the obvious cost-savings that come from tapping into talent pools in countries such as the Philippines where labour and occupancy expenses are about 70% lower than in Australia. Given inflation can cause businesses to raise wages and struggle to retain talented employees, outsourcing is a tried and tested method of not only mitigating such negative impacts but allowing in-house staff to focus on more critical tasks, particularly those that will help boost the bottom line. Key roles that are easily outsourced include:

Just as every dollar counts in business, every minute matters in productivity and that is why automation is shaping as one of the defining workplace evolutions of the 21st century. Concepts such as robotic process automation (RPA), chatbots and intelligent document processing is freeing up workers’ schedules and allowing them to spend more time on more high value tasks. Harvard Business Review research has found companies that invested more in automation before COVID-19 have emerged from the pandemic stronger than others and it will no doubt be a similar story for those that enter the emerging inflation crisis with a similar mindset.

Now is not the time for companies to stand still. Just as Treasurer Jim Chalmers is expressing concerns about the challenge facing his country, the smart business leaders are those already exploring ways to meet the inflation challenge head-on. Whether they are finetuning their spending visibility, diversifying supply chains or researching the most suitable roles and teams to outsource to destinations such as the Philippines, their efforts to rein in high costs while continuing to deliver quality goods and services will prove to be well worth the effort in the long run.

If you need further proof that businesses are under pressure to source and retain staff, consider these numbers – 1.8 million Australians resigned or lost their jobs by the end of February 2021, 4.5 million Americans quit their jobs in November 2021 and an incredible 20% of millennials in Western Europe did the same last year. Discover how ‘The Great Re-Evaluation’ is changing the jobs landscape and the lessons businesses can take to increase their candidate and employee ‘likeability’.

How to facilitate a healthy hybrid workplace

HR outsourcing: the statistics you should know 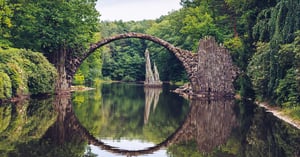 The Great Re-evaluation: must know lessons